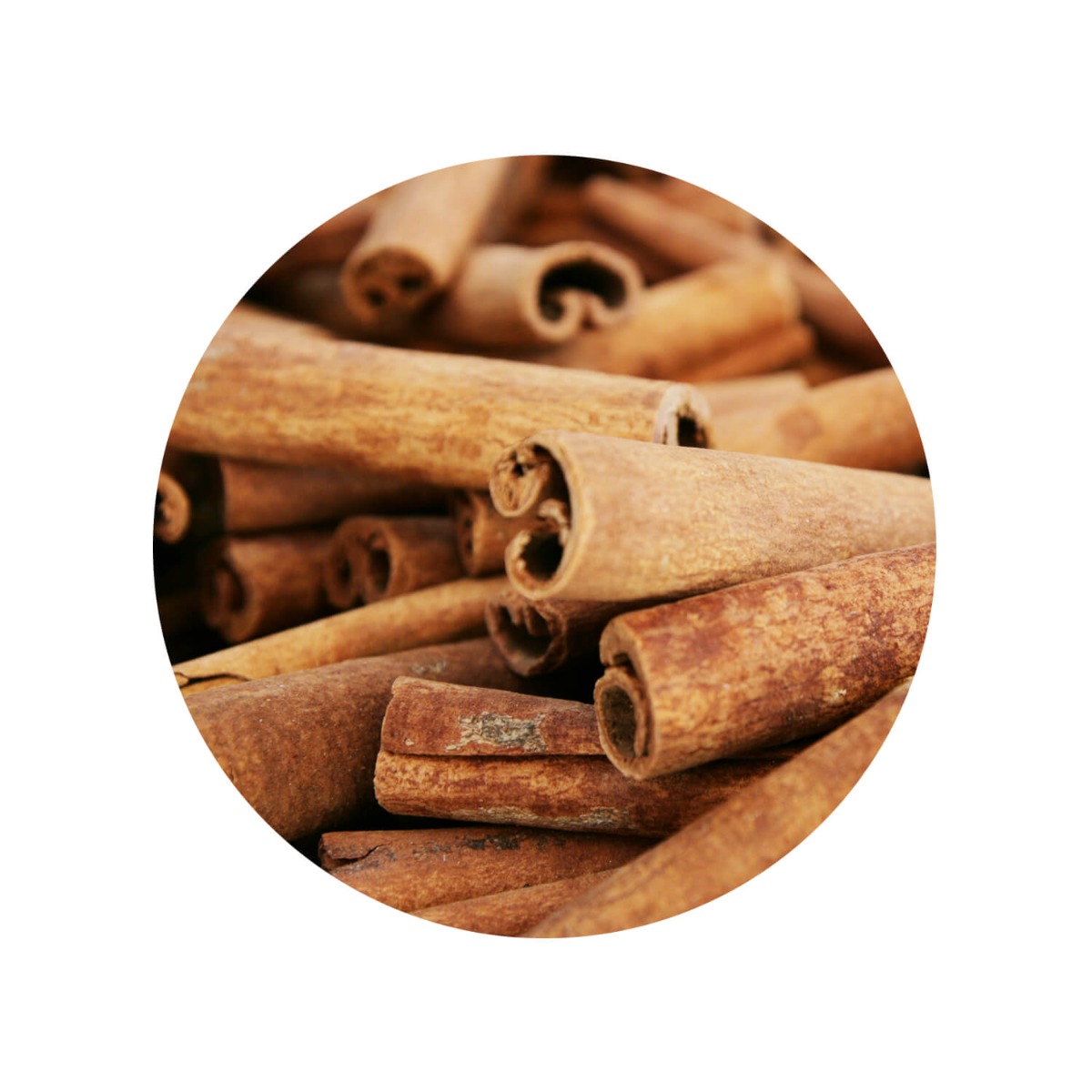 Taste and use of Cinnamon

Cinnamon is a spice made from the inner bark of the shoots of the cinnamon tree. Cassia cinnamon, also called true cinnamon, has a deep red colour and a sharp and bitter taste. It can be combined well with sweet and savoury dishes. Cinnamon can be used in coffee, smoothies, bakery products, but also in sauces and marinades.

Where does cinnamon come from?

All types of cinnamon powder are cultivated in tropical countries. Our cinnamon powder cassia comes from Indonesia. The name cinnamon comes from the Latin word canella, which means stick. Around the year 2800 BC cinnamon is already named. Cinnamon was also known in ancient Egypt and was used in perfume.

In around 1580, Portuguese ruled Ceylon, formerly Sri Lanka. This also gave them a monopoly on the cinnamon trade. The Dutch succeeded in establishing cinnamon plantations in Indonesia and since then Indonesia exports 8,000 tons of cinnamon a year.

Where do I purchase organic cinnamon?

Looking for a wholesaler or bulk amounts of organic cinnamon?

VehGro is wholesaler and importer of Cinnamon Sticks 7 cm Cassia Organic. We offer a range of thousands of (organic) ingredients that we can offer both as single ingredients or in a mix. If you are interested in the possibilities we offer to make your own products from our ingredients, please have a look at our private label concept.

Do you want to bring your own Cinnamon Sticks 7 cm Cassia Organic to market? Please contact our sales department. We are happy to help you.

More Information
Reviews 1
Write Your Own Review
Product Questions (2)
Customer Questions
What is the country of origin of this product?
The country of origin of a product can be found on the product specification sheet.You can find it under the tab "More Information" and then selecting "Specsheet"   If the country of origin is not listed on this sheet, or if more than one country...
Read More
How much does one cinnamon stick weigh?
1 cinnamon stick weighs between 2 and 5 grams, depending on the size. On average, there are around 40 cinnamon sticks in a 100 gram bag.
Please, mind that only logged in users can submit questions
Copyright © 2022 Vehgro. All rights reserved.